Xiaomi gave a surprise to everybody by announcing the successor of Xiaomi Redmi 9 Power at the virtual launch event of Xiaomi Redmi 10A for India. Yes, Xiaomi announced Redmi 10 Power smartphone at the launching event. It looks like the latest handset but not, it’s a higher RAM, powerful, new color, and leatherette back variant of Redmi 10. 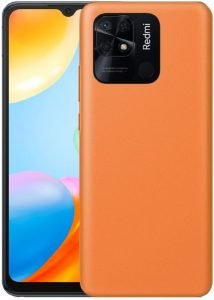 The announced Redmi 10 Power is a basically higher variant of Redmi 10. The major difference between the both is that the upcoming phone has a massive 8 gigabytes of RAM along with 128 gigabytes of built-in storage. Moreover, the phone also supports an additional 3GB of virtual RAM. The second thing is it’s Sporty Orange color with a new back.

The price of the Xiaomi Redmi 10 Power is $196. This is going to be a bit higher if we compare the smartphone with Xiaomi’s own devices like POCO M4 and Redmi Note 11, both have better features at a similar price.

Although the handset is officially announced but interestingly nothing about its availability from Xiaomi yet. But don’t worry soon we have more details about the handset and its launching date.

Many mobile manufacturer does use this technique to sell their smartphone with value addition. The same smartphone with a little change in RAM or battery is selling as a different name. As the Redmi 10 is known as Xiaomi Redmi 10 Prime in the region.